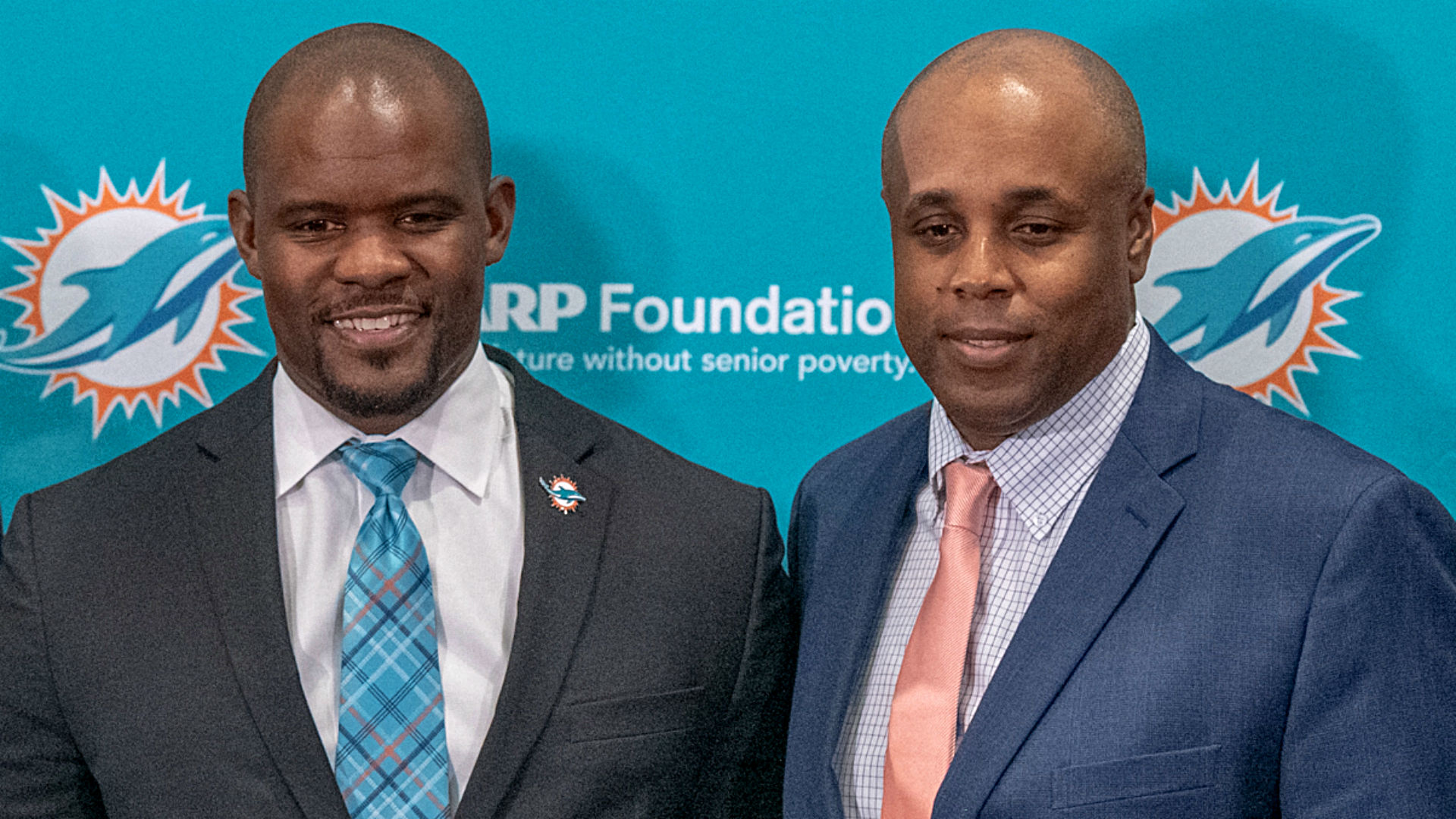 The NFL doesn’t have a good recent track record when it comes to minorities filling top leadership roles with its teams, either as head coaches or general managers. Team owners are looking at ways to improve diversity hiring at that level; to that end,  NFL Media’s Jim Trotter reports, they will vote on a resolution to amend the so-called “Rooney Rule” in a major way.

BREAKING: NFL owners will vote next week on a resolution that would improve a team’s draft position if it hires a person of color as head coach or general manager, per sources. Currently there are only 2 black GMs & 4 HCs of color, matching 17-year low👇🏾 https://t.co/867umaUe4o

Never before has the NFL rewarded teams for their hiring practices, but the proposed incentive-based change suggests the league is desperate for diversity and disappointed with the fact the Rooney Rule in its current form is not working.

Under the resolution, a team would move up six spots from its third-round draft position before its second season with a newly hired minority coach. If that minority hire is a general manager, then a team would move up 10 spots in the draft. If that team hires minorities as its coach and its general manager, then it would move up 16 spots. Also, per Trotter, there’s an incentive for a team not firing a minority head coach or GM after only two seasons, because it would be rewarded with its fourth-round draft pick improving by five spots ahead of the third season.

RIVERA: Redskins have same problems at top even after Rivera hire

Going into the 2020 season, only three NFL teams are coached by African Americans — the Steelers (Mike Tomlin), Dolphins (Brian Flores) and Chargers (Anthony Lynn). One team, the Redskins, is coached by a Hispanic American (Ron Rivera).

Lynn is going into just his third season with the Chargers. Rivera, hired by the Redskins on Jan. 1 after being fired by the Panthers, is a head coach in the league for a 10th consecutive season. Tomlin’s tenure with Pittsburgh is going into its 14th year while he works for Art Rooney II, a familial link to the eponymous rule (it was named for his father, Dan).

There are only two minority general managers, both African-American: Chris Grier, promoted by the Dolphins in 2016, and Andrew Berry, hired to that role by the Browns in 2020. Consider that in ’16, when Grier got the job in Miami, there were seven minority GMs; the group also included Ozzie Newsome, Jerry Reese, Rick Smith, Sashi Brown, Reggie McKenzie and Doug Whaley.

With the NFL seemingly going backward in its push for diversity in hiring, it is now attempting to go forward with a forced outside-the-box idea. The real problem, however, lies in the pipeline.

The NFL’s percentage of minority coaches (12.5 percent) is still better than college football’s FBS, where the current number is 14 of 130 (10.8 percent). The best ticket to becoming an NFL head coach, then, is rising to the coordinator level right before being hired.

There are only two African-American offensive coordinators in the league right now, though: the Chiefs’ Eric Bieniemy and the Buccaneers’ Byron Leftwich. In a copycat league that is currently enamored with hotshot young offensive play-callers, there’s little opportunity to make the jump from that position.

MORE: Leftwich has been stuck in pipeline for years

There are nine full-time minority defensive coordinators and one minority co-defensive coordinator in the NFL, the Vikings’ Andre Patterson. The Bills’ Leslie Frazier, the Falcons’ Raheem Morris, the Buccaneers’ Todd Bowles and the Cardinals’ Joseph all are former head coaches who haven’t worked in that capacity for a second team. The 49ers’ Robert Saleh, the Texans’ Anthony Weaver, the Browns’ Joe Woods and the Seahawks’ Ken Norton Jr round out the group.

The NFL needed to change the parameters of the Rooney Rule to help teams better adhere to it. Starting the process is important, but the idea that teams being motivated enough to improve a draft pick or two will fundamentally change the league’s hiring practices is short-sighted.

The league’s issues with diversity can’t be solved in one drastic step. But there’s no question the NFL as a whole has to a do better job of providing true equal opportunity in some way soon.