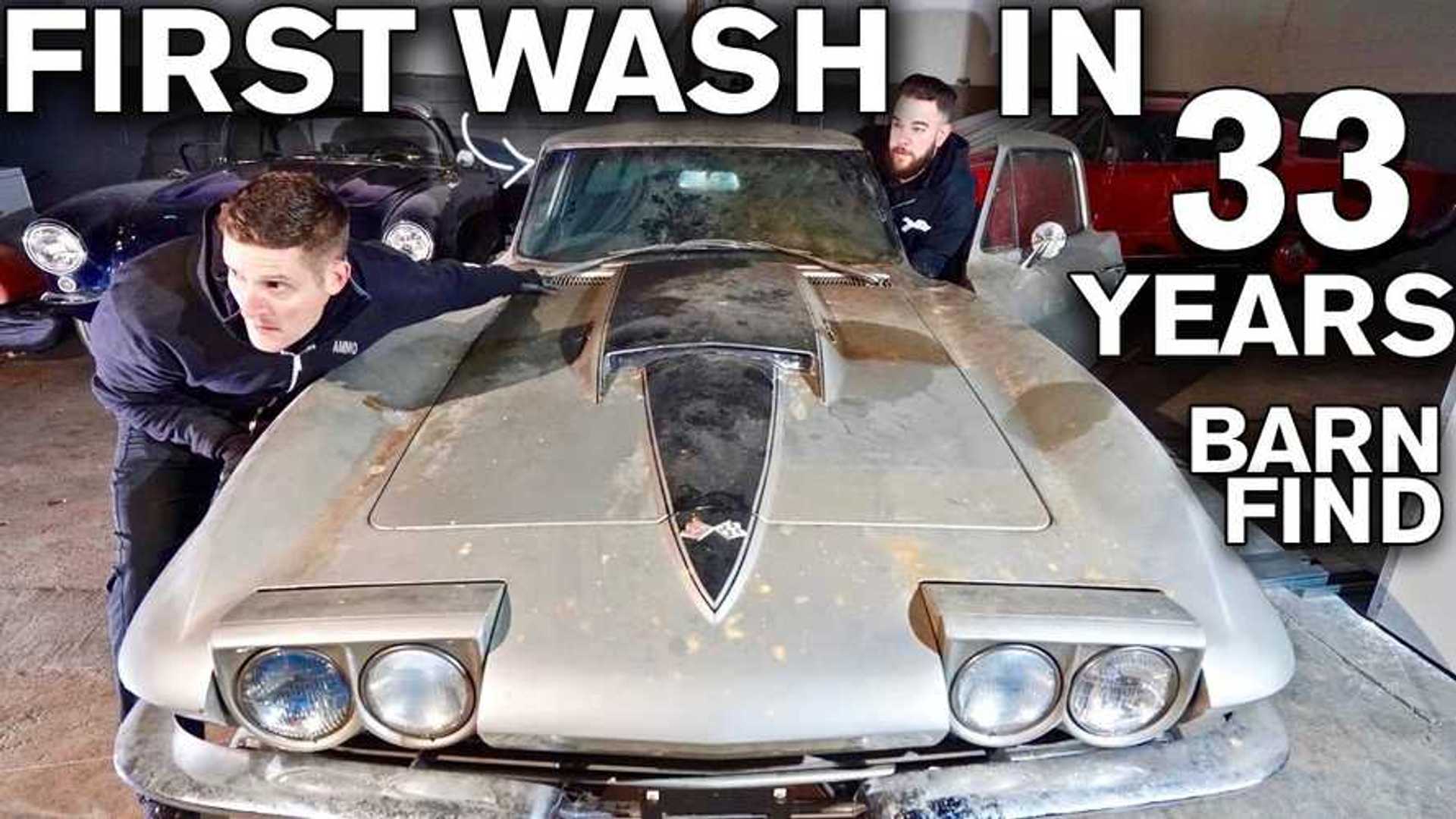 Back in April this year, the AMMO NYC team was given access to a hidden time capsule with at least 300 classic cars hiding in three different garages. According to a report from Motor1.com, the collection started in the 1970s, and most of the cars have never seen the light of day and have been sitting in storage for close to 40 years. The owner of the collection said he was ready to finally begin selling these cars but that they would need thorough washing and detailing before they are ready to be offered to potential customers.

A new video from the same channel on YouTube shows us to the full wash of one of the cars from the lot. It’s a 1967 Corvette Stingray that’s been sitting in place for approximately 33 years – and is in surprisingly good condition. The car was moved to a place where it would be thoroughly cleaned inside and out.

The process started with a quick vacuum of the interior, followed by a more detailed wash of the leather seats and dashboard with a special brush. Once the initial sweep was completed, the team used a steam blower to clean the areas that are not easy to reach with just a brush and a towel. Then, the entire carpet was shampooed and with that, the interior looked 100 percent better.

The team then moved to the engine bay for a quick steam wash to give the powertrain a bit more shine. Finally, it’s time for the heavy lifting – the complete exterior wash and detailing. A few professional procedures for the paint brought it back to its former glory and the chrome was also treated for more shine.