The Redmi Note 9 Wi-Fi Alliance listing was spotted by Mukul Sharma aka @stufflistings. The tipster tweeted

that the Indian variant of the Redmi Note 9 with model number M2003J15SI has surfaced on Wi-Fi Alliance website. With the phone already receiving certification, the launch of the device might not be far away. 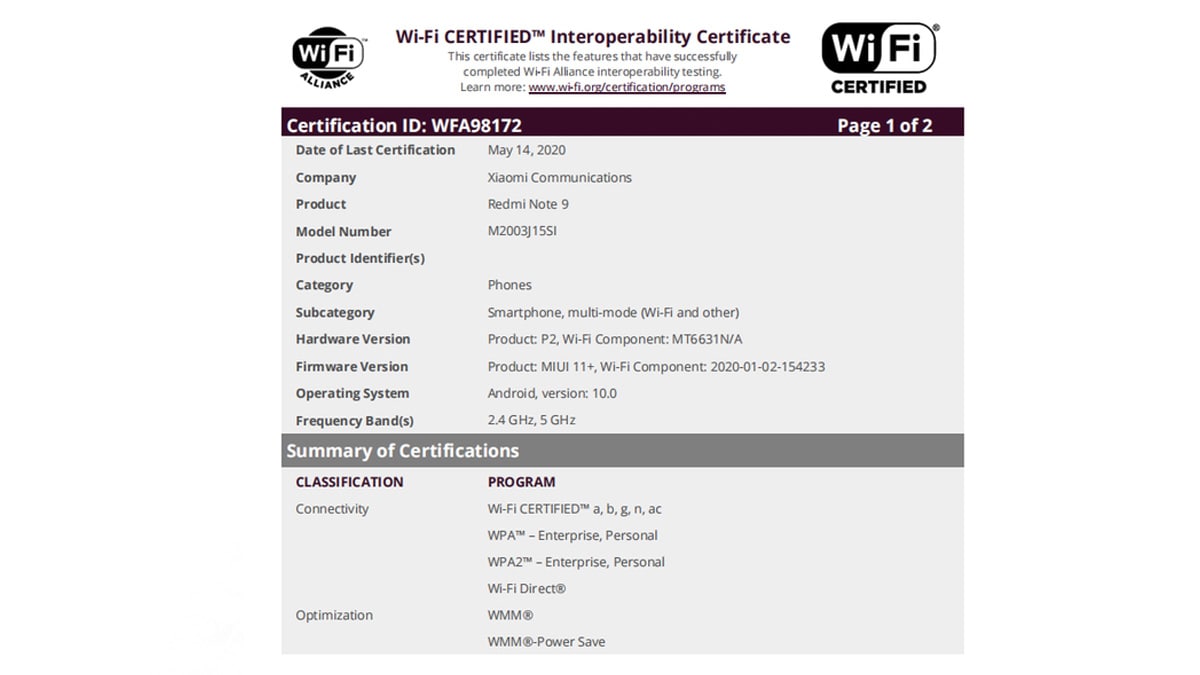 The Redmi Note 9 sports a 6.43-inch full-HD+ IPS display. It also has Corning Gorilla Glass 5 protection. This smartphone is powered by the MediaTek Helio G85 SoC and comes in 3GB and 4GB RAM options. Storage options include 64GB and 128GB variants. It also has expandable storage that accepts cards up to 128GB.

Internationally, the smartphone is available in Forest Green, Polar White, and Midnight Grey colour options. Xiaomi India has not made any announcements yet but we can expect those to come anytime now.