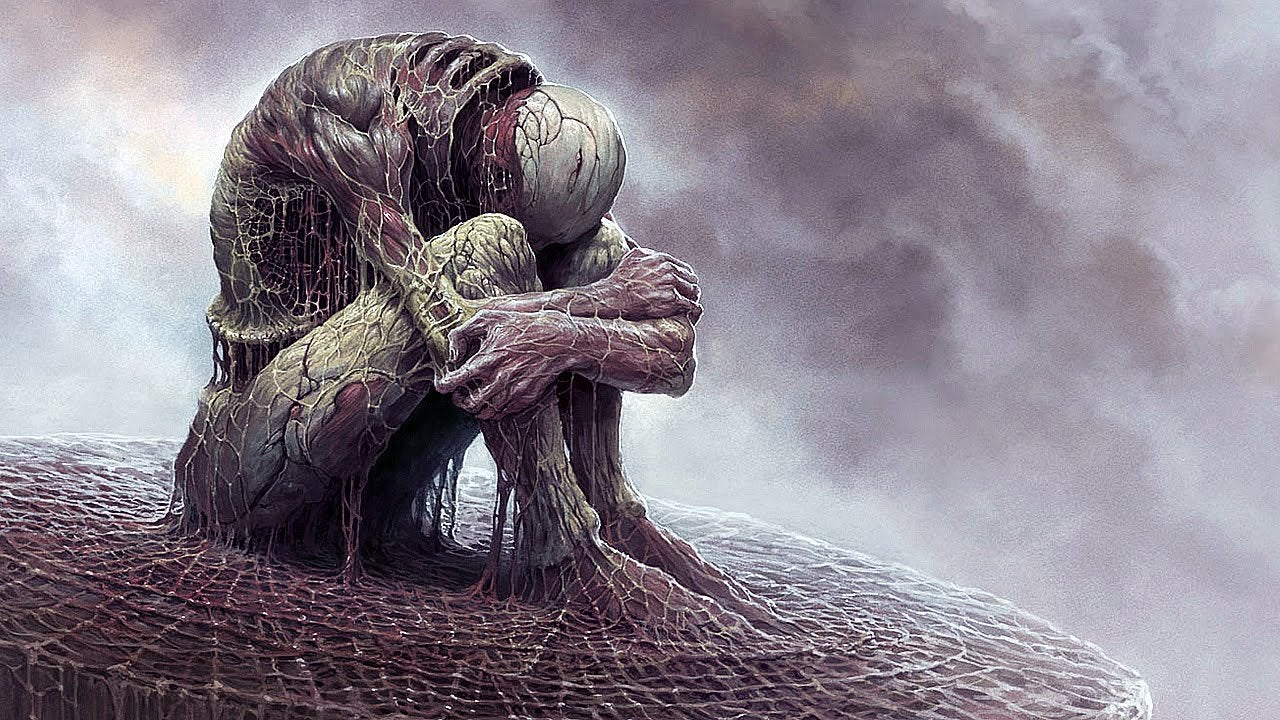 Scorn was one of the surprise hits of last week’s Inside Xbox showcase, its blank storytelling and H.R. Giger-inspired aesthetic standing out from the rest of Series X’s third-party slate. We’ve known about the game, as a PC title, for several years at this point, and it turns out the lure of Series X for developer Ebb Software was the fact that a console version could now match the vision it has always had for its PC project.”It was about bringing it in line with the PC version”, says game director Ljubomir Peklar when I ask what the thinking was behind releasing Scorn for the new Xbox. “We don’t want to make any compromises and Series X certainly enables us to do just that.”

I ask what, specifically, Series X offers the team that current-gen consoles couldn’t: “It’s mostly evolutionary improvements that are going to make the biggest difference. The most important one is elimination of the CPU bottleneck that exists in the current-gen consoles and much faster loading of assets thanks to the SSD. It’s all about responsiveness and not having to wait on things.”

Scorn: 10 Screenshots of the Series X and PC Horror Game

For Scorn’s developers, compromise seems to be out of the question, and Series X’s power is a draw. Scorn is being built in Unreal Engine 4, and appears to be an exercise in pushing those tools as far as they’ll go – Peklar doesn’t say it outright, but Ebb appears to be aiming for high resolution and framerates as much as it is shiny (or should that be slimy?) new looks: “If developers decided to opt for lower resolutions and 30fps they could get more spectacular results, like in the new Unreal 5 showcase few days ago. What you have to remember is that responsiveness and motion clarity are also part of the overall presentation, so you would still be losing detail in a sense.”

The last direct gameplay we saw from Scorn came in 2017, and Peklar assures me that the game has changed significantly since then: “That pre-alpha level we showed is about 80% different right now. That demo was created to show backers we can develop a proper game and an overall potential of what the game could be. It wasn’t supposed to be a final representation of the game.”

What remains less clear is whether Series X is the only console platform on which Scorn will arrive. When I ask if this is a Series X exclusive, or if it could hit PS5 sometime after launch, Peklar says he can’t discuss that information. We still don’t know if the game will come to Steam and Windows Store simultaneously with Xbox Series X, either.A slightly more interesting mystery is what story Scorn actually aims to tell. Ebb has been purposely mysterious about what Scorn is about, to the point where, when I innocently ask what the initial pitch for the game was (intending to mean the look and gameplay ideas), Peklar says it feels like I’m trying to be “clever” and get him to tell me what the story’s about, and refuses to answer directly. “The initial pitch hasn’t changed that much,” he tells me, “but we will never disclose it.”

He will, at least, divulge what the gameplay will be made up of. The 2017 demo showed off exploration and puzzle-solving around one of Scorn’s several promised nightmarish areas, and a touch of gunplay as the local, disgusting wildlife subsequently turned hostile. That mix will seemingly remain the case in the final product: “It’s pretty much 50/50 when it comes to gunplay and puzzles,” says Peklar, “all wrapped up in an atmosphere that will elevate it much further than the sum of its parts.”

Despite that early gameplay, most people watching Inside Xbox won’t have seen Scorn before, and its sheer blankness of vision, and the team’s unwillingness to give too much away, must have made this very public showing slightly nerve-wracking. Thankfully, Peklar and his team emerged pleased with the experience: “We were interested in seeing if people were reacting to the specific beats we expected them to. Failing to adequately realize and present the mood is always our biggest worry. Thankfully it all went as expected. The overall reaction was pretty good too.”

Scorn will be released for Xbox Series X during the console’s “launch period”. Windows Store and Steam versions are also planned, with no release date specified.

Joe Skrebels is Heaven32’s Executive Editor of News, and Scorn makes him feel deliciously grim. Follow him on Twitter.